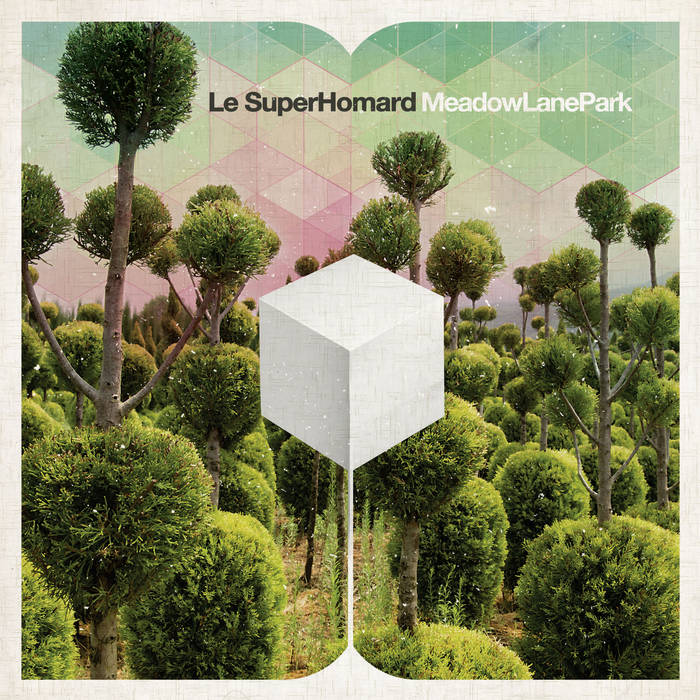 christophe grigri Welcome back to the juicy stereo lab melodies of paradise lost and reclaimed.

“Meadow Lane Park” is the first full-length album from the French quintet LE SUPERHOMARD, after having released a Mini-LP, "Maple Key" (on the Japanese label Rally Label, in the UK in Megadodo, in USA on Jigsaw Records and in France through the labels Le Pop Club Records and Echo Orange) and a Digital EP, and after the advance Single “Springtime”, released with Elefant Records. This is an album that, right from the cover and the titles of some of the songs, shows us its bucolic vocation. Just put on the song that opens the album, “In The Park”, and we can see that the landscapes they show us are injected with acid, flooded with stardust, with lysergic caresses, sweet and tremendously pleasant. We haven’t heard anything like this since that “The Noise Made By People” by BROADCAST.

The thing is, under the play of the synthesizers, under the psychedelic-style muted bases, strings and guitars aimed at lounge, they create an irresistible atmosphere that the album manages in a very special way. We already knew about the danceable roughness of “Springtime”. “Door After Door” tells us how strawberry fields would be if they had been discovered today, or how the dreaminess of Syd Barret would be. But “Paper Girl” sets up the first game: with the same elements we find a song that could have been a huge hit by ABBA arranged by Laetitia Sadier and Tim Gane. “Karaoking” develops a more classical concept of a song, with a piano presiding and arrangements that remind us somehow of the goldsmithing of another distinguished Frenchman close to Elefant, Mehdi Zannad. And the marvelous voice of Julie Big taking us toward sonic paradises. “Snowflakes” takes us back to Trish Keenan’s band, or even to those marvelous THE UNITED STATES OF AMERICA. Landscapes colored with notes from outer space, or a new test of the power of music: how can a song be capable of painting the marvels of an unknown planet’s nature in your head. You don’t know where you are, but welcome.

“Meadow Lane Park” was another advance, with the lyrical strenght of its strings and the kraut rhythm of the powerful mellotrons. “Elephant In The Room” makes it clear how much of Burt Bacharach there is in these songs. Delicious. Majestic. Designed to break hearts without even talking about it. “SDVB” and “Black Diamond” put the synthesizers back in the starring role, as well as the arpeggiators, bringing us close to the eighties without betraying the essence of what we have heard so far, and continuing to give us great string arrangements and powerfully evocative details. “Refuel” dives back into kraut, jazz, astral worlds, submarine journeys. The capacity of the songs to excite our imagination is incredible, especially when it is closed by another instrumental “Back To Meadow Lane”: overflowing with lyricism, but at the same time visited by martian harmonies. This is all a musical banquet given to use by the band led by Christophe Vaillant.

LE SUPERHOMARD have made an important album, a descendent of a sound that almost was orphaned because of how difficult it is to build it: mixing these different elements and successfully waking up infinite worlds in the listener is a task that not everyone is capable of. But finally, the SuperLobster is here. There is nothing left to fear.